Last week was great played with some fantastic bands and met some lovely folk. Thursday we played with Fehm and Meatwave, both brilliant and well worth checking out. At the weekend we played with local Leeds band Cruyff and London based psychers Yak, bloody lovely guys and great gig, our new material went down really well, thanks to those who came and saw us.

Our next gig is Friday 20th Feb at Santiagos in Leeds with OHHMS, Eagleburner and our good friends Old Man Lizard. 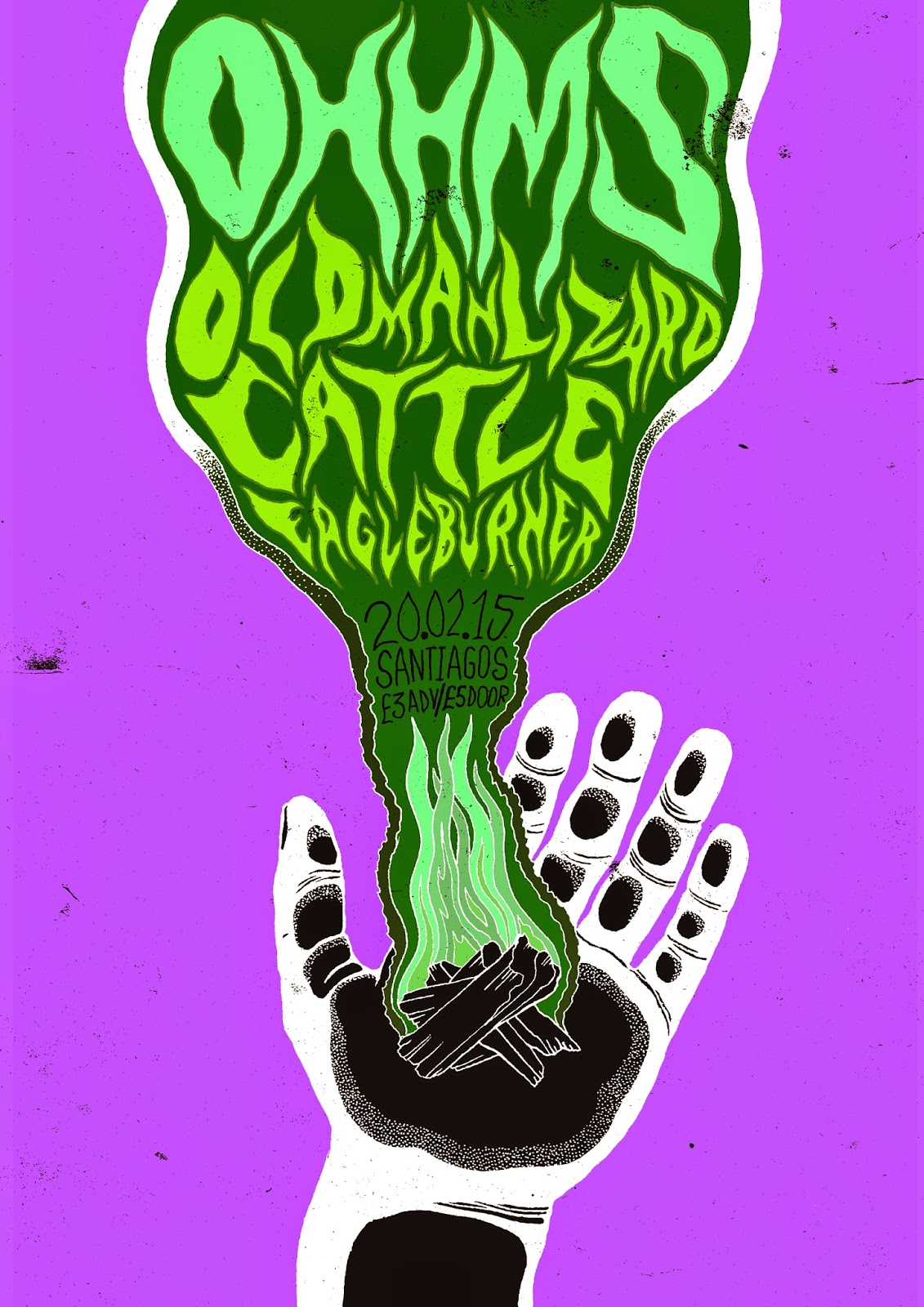 Cattle were kindly asked by Ferg of Leeds-based DIY label, CHUD Records to contribute to a tape they were putting out in correlation with Cassette Store Day. 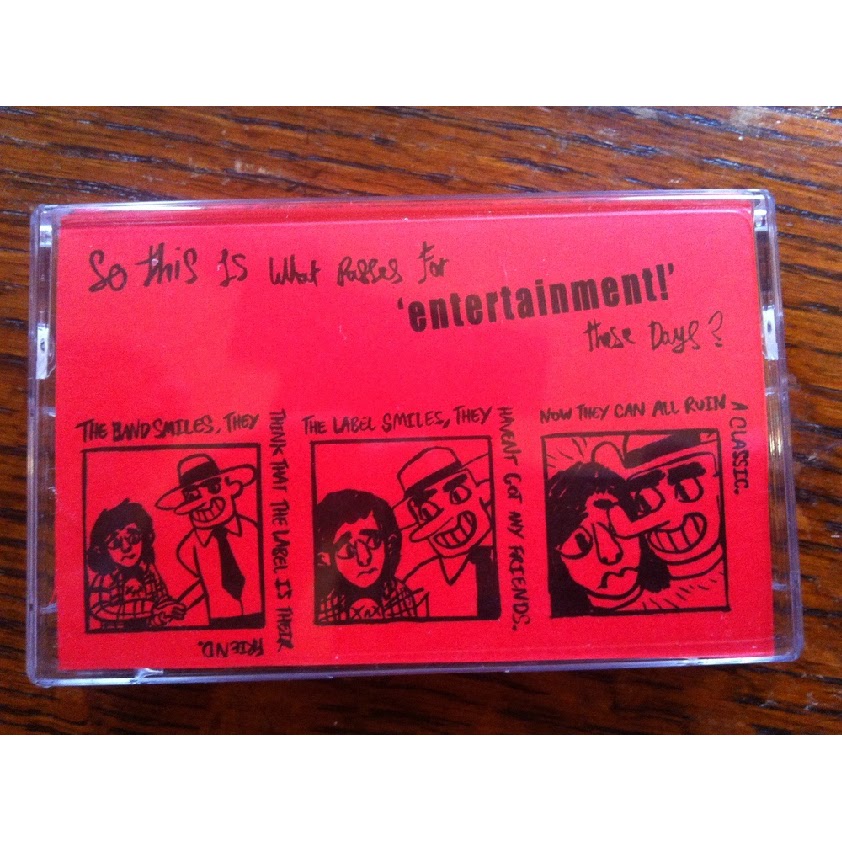 "To celebrate the 35th anniversary of its release, CHUD Records have invited some of the most exciting artists from around Yorkshire to cover the seminal Gang of Four album Entertainment in its entirety, creating a track-for-track reinterpretation of this post-punk classic.
The release comes as part of International Cassette Store Day 2014.
All profits from the release will be donated to Cloth Cat, a Yorkshire based charity which provide free music tuition for local people.

1. Ether by Katie Harkin
2. Natural's Not in It by Cowtown
3. Not Great Men by The Pigskin Godhead
4. Damaged Goods by Clean Shirts
5. Return the Gift by The Tahitian Sons
6. Guns Before Butter by Love Buzzard
7. I Found That Essence Rare by GG Glitter
8. Glass by Nervous Twitch
9. Contract by Unwave
10. At Home He's a Tourist by Esper Scout
11. 5.45 by Hank
12. Anthrax by Cattle

Just come back from a great weekend of gigs. Big shouts go to Paddy at the Stag and Hounds, Rich and Lindsey from Cosmic Carnage for putting us on and being bloody nice people.

Last but not least thanks to Alex from Ghold for putting us up at his abode on Saturday. What a window Ledge! 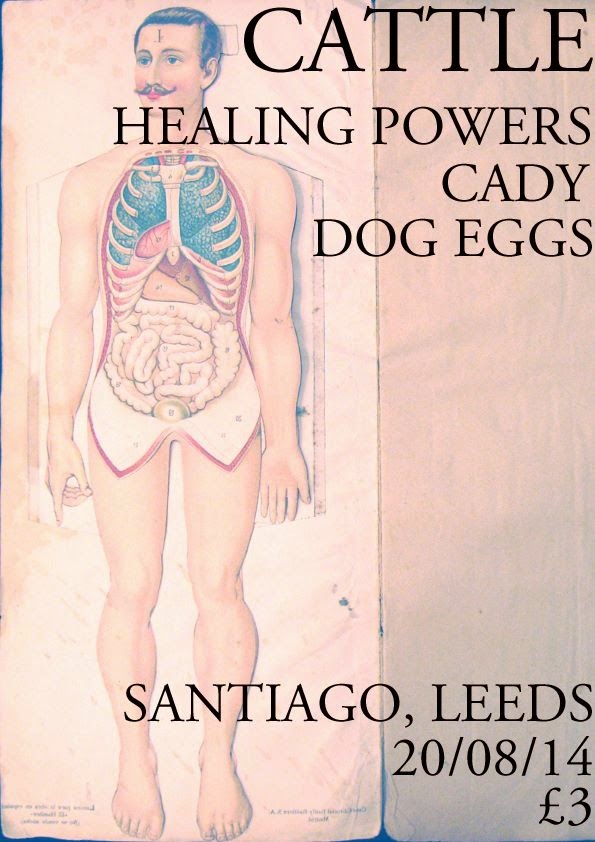 Thank you to all the lovely people that came to our show last Saturday with the incredible SHIT & SHINE and DWELLINGS in Shipley. It was a fantastic ball!

Next show is with HENRY BLACKER in Bristol this Friday 8th August. 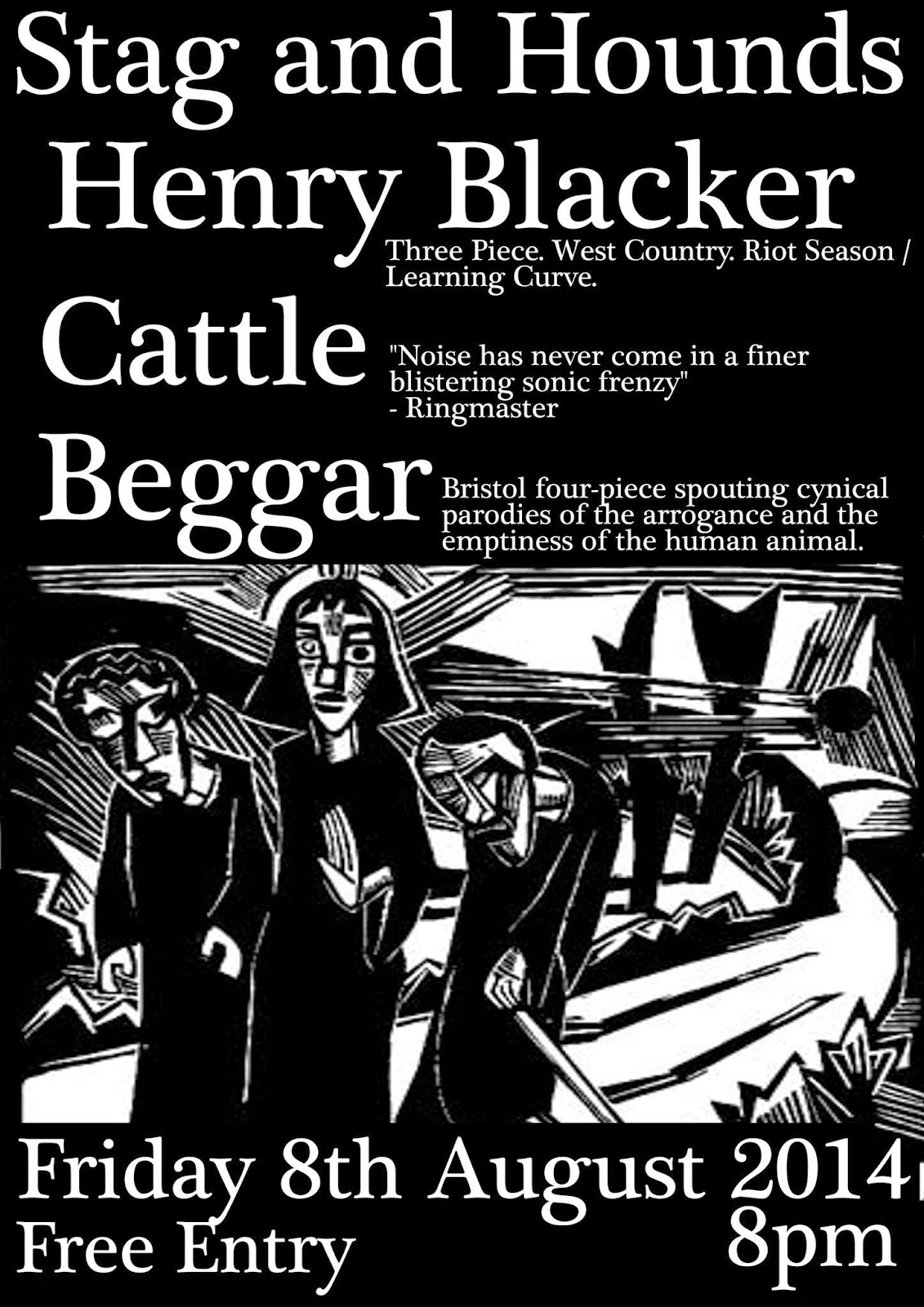 Our next show is with the incredible Shit And Shine (Riot Season) and Dwellings (Chris Haslam of Gnod) at the Kirkgate Centre in Shipley. Looking forward to playing our first gig for the great Golden Cabinet.